John Wharton Lowe (BA Vanderbilt, MA Georgia State, M. Phil, Ph.D. Columbia), recipient of the MELUS Lifetime Achievement Award for Outstanding Contributions to the Field of Ethnic American Literatures, joined the UGA faculty in 2012.  Previously, he was Robert Penn Warren Distinguished Professor of English and Comparative Literature and Founding Director of the Program in Louisiana and Caribbean Studies at Louisiana State University. He has authored and edited numerous books in Ethnic American and Southern literature, published dozens of essays, and presented over 80 papers in North America, Europe, and Asia, including invited lectures at the Sorbonne, the University of Paris VI, Venice, Kiel, Munich, Dresden, Budapest, Bucharest, Hangzhou, and Hyderabad. He has served as President of MELUS; The Society for the Study of Southern Literature; The Southern American Studies Association; and the Louisiana Folklore Society.  He has received an ACLS Fellowship; an NEH Research Fellowship; a Virginia Foundation for the Humanities Fellowship; and a Louisiana Board of Regents Fellowship.  He has also been Senior Fulbright Professor at the University of Munich (1995-1996), and Andrew Mellon Fellow at Harvard University (1985-86).  His most recent books are Calypso Magnolia:  The Crosscurrents of Caribbean and Southern Literature (University of North Carolina Press, 2016), which received The Society for the Study of Southern Literature's 2017 C. Hugh Holman Award for the year's best book in Southern literary studies; the work also garnered the Sharon Dean Prize from the Constance Fenimore Woolson Society; Approaches to Teaching Gaines's The Autobiography of Miss Jane PIttman and Other Works (co-edited with Herman Beavers, Modern Language Association, 2019); and Summoning Our Saints:  The Poetry and Prose of Brenda Marie Osbey (editor; Lexington Books, 2019).  He is currently writing the authorized biography of Ernest J. Gaines. 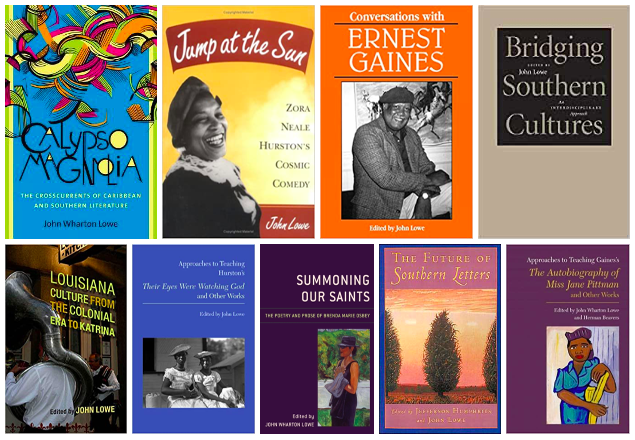