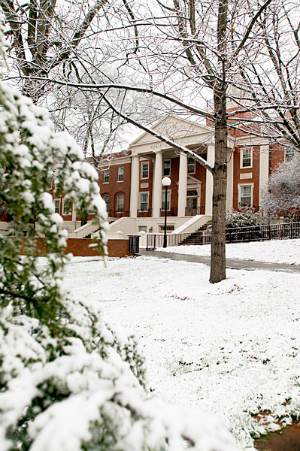 This year has seen a wave of centenary celebrations commemorating the avant-garde movement known as Dada. As author of a recent history of Dada, I’ve been giving talks on the subject across the country to standing room only audiences, and wondering what it is that compels such interest in this relentlessly iconoclastic movement. One of the Dadaists accused art of being “a large-scale swindle.” The swindle was not financial, but ethical. “The Dadaist considers it necessary to come out against art, because he has seen through its fraud as a moral safety valve.” Accordingly, “Dada is forever the enemy of that comfortable Sunday Art which is supposed to uplift man by reminding him of agreeable moments.” This sounds severe, yet it’s demonstrably the case that Dada won (“Dada siegt” was a common rallying cry: Dada triumphs), at least in the art world. Visit any museum and it’s unlikely you’ll see a straightforward (let alone consoling) portrait of grandma on display.

In literature it seems different, until we remind ourselves that we don’t even need to make a special effort to stock our syllabuses with texts that caper and taunt, disoblige, harass, and generally refrain from “uplift.” After the harrowing misadventures chronicled in Ralph Ellison’s Invisible Man, the novel ends with the unsettling insinuation by its African American protagonist: “on the lower frequencies, I speak for you.” Or consider Virginia Woolf’s wry observation in A Room of One’s Own: “Women have served all these centuries as looking-glasses possessing the magic and delicious power of reflecting the figure of man at twice its natural size.” These statements are a constant reminder of the extravagant potentiality of literature. “I cannot exaggerate enough even to lay the foundation of a true expression,” quipped Henry David Thoreau in Walden, a book rife with semantic shenanigans. No wonder (one might be tempted to observe) people are wary of literature and art, both of which flamboyantly refuse to comply with heartfelt sentiments and good taste.

We are now deep into one of those periodically recurring features of American life in which there’s a seismic shift in focus by students and their families. In its aggregate form, this is known as a flight from the humanities. The past decade has seen an over-enrollment in certain subjects (law, business); this over-enrollment has led to a market glut and the subsequent challenge of employability for those who had degrees they’d presumed to be tickets to solvency. What this pattern reveals is that education (besides being, well, education) is a bet, a wager on the future. Do you put your chips on the roulette wheel options of English, or engineering, studio art, animal husbandry, pharmacy?

Amidst the flight from humanities, the number of English majors here at UGA remains what it was a decade ago, though it’s dropped dramatically elsewhere. These contested numbers reflect well on our department. It means we deliver the goods, as the saying has it. But what are the goods? In the old-timey school formula—reading, writing, and ’rithmetic—we deliver two of the three. But it’s not that simple. There’s also a lot of history that comes into play (after all, history is not exclusive to the History Department any more than written English is exclusive to us). And there’s psychology, and sociology, and philosophy, and … but why enumerate, when the fact is that literature encompasses anything and everything?

One thing that literature definitely does not do is pander to your own views and biases. Literature steers a wide berth around what’s been called “homophily,” described as “a tendency to listen to and associate with people like yourself, and to exclude outsiders.” This is from an article on the viral agency of social networks, “War Goes Viral: How Social Media is Being Weaponized” by Emerson T. Brooking and P. W. Singer (in the November 2016 issue of The Atlantic). I write this a few days after the national election, which revealed (on both sides) the peril of hearing only one’s own perspective bounce back from homophilic support systems like echolocation for bats.

Yet this singular event has revealed yet another strength of an English department: the care and solicitation our professors have for students who are bewildered, dismayed, afraid, or outright grieving over the results. I wouldn’t normally have listed grief counseling among the services we provide, but I’m not surprised that it has come to that. What this phenomenon reflects is the fact that in English classes students are being constantly exposed to the light and the dark of human endeavor, the sad and the happy, viciousness and beneficence, pluck and luck. There is no preordained response to the books we read, but there’s almost always a response, because stories and novels, poems and plays make a claim on us. Collectively, it’s called literature not because it has “passed the test of time” but because it doesn’t claim attention as merchandise. We don’t read what we read because it’s popular (Moby-Dick was such a flop it effectively ended Melville’s career as a writer, but many would now list it as their favorite book, including me). We read these things because they provide access to another world that is strangely like this world yet, like Alice going into Wonderland, once we’re inside we’re likely to find ourselves bemused, horrified, delighted, indifferent, but always learning.

The appetite for learning is what all the humanities provide. I have no doubt that all the departments and programs at a university have the potential to arouse that appetite, but I also know that it’s often beside the point when students choose a major based on some dim expectation of employability. That can put a real damper on the learning process, which then feels like studying up for a driver’s license. The humanities give us something altogether different, and I’d put it this way: you can never pass the test. And that’s because there’s no test; there’s just life—and learning, with all its pleasures, irritants, and absorbing challenges.

I’ll end with a haunting provocation from Robert Frost. In 1962, the year before he died, he gave a talk at Dartmouth College called “On Extravagance.” By extravagance he meant that little twist artists give to the raw material provided by the world, the twist of as if. Much of the talk is just Frost reading his poems, albeit with the startling disclosure that they’re “just loaded, loaded, with politics.” Really?—by the author of “Birches,” “Mending Wall,” “Stopping by Woods on a Snowy Evening”? But here’s where it gets interesting. “I’ve been thinking lately that politics is an extravagance,” he suggests, “an extravagance about grievances. And poetry is an extravagance about grief. And grievances are something that can be remedied, and griefs are irremediable, you know. And there you take them with a sort of a happy sadness.”