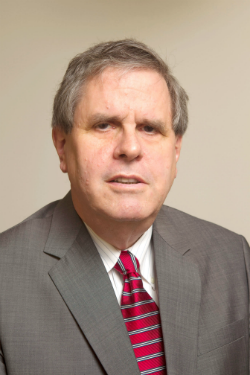 For Hugh Ruppersburg, an Appreciation on His Retirement

In 1983, introducing his first book, Voice and Eye in Faulkner’s Fiction, Hugh Ruppersburg described not only the essence of William Faulkner’s artistic persona but also Hugh’s own uniquely modest approach to what would become a distinguished career.  Faulkner, Hugh wrote, insisted on effacing himself from his work: he “never spoke in his fiction. He spoke through it.” Those words summarize the equally selfless commitment that Hugh has displayed for more than three decades, serving the University of Georgia as a teacher, a scholar, and a leader among his peers—a graduate coordinator, a department head, an associate dean.  In such visible and vital positions, Hugh has never insisted on his own visibility or eminence. The artists he taught, the students whose minds he helped to shape, his sometimes fractious colleagues, and the institution he loves have comprised the human medium through which Hugh, too, has expressed his values and his character. Over the years he has directed graduate theses on nearly twenty major figures in twentieth-century American fiction, from Harry Crews, Robert Coover, and Don DeLillo through Toni Morrison, Gloria Naylor, and Thomas Wolfe. Few faculty can match the range of his curiosity or his willingness to mentor younger scholars as they pursued interests that were not always congruent with his own, but that they believed Hugh would help them express in prose as elegant as his own.  Thirty-three years ago — an interval of time that all readers of Light in August will appreciate — Hugh noted that Faulkner sought to achieve through his books the “totality” of a finished work, like a painter or a dramatist, whose “negative capability” became a measure of their achievement. In much the same way, Hugh, too, will leave a lasting impression on the life of the university through the totality of his performance.

This year, 2016, sees the four-hundredth anniversary of Shakespeare's death. Celebrations are happening around the globe and at the Globe Theatre in London, and year-long festivities in the United States have been coordinated by the Folger Shakespeare Library. Most notably, the Folger is sending a rare and valuable First Folio (the first collected edition of Shakespeare's plays, published in 1623) on tour to every state in the union. The Folger Folio will visit Emory from November 7 to December 7, 2016, and Shakespeareans at UGA and Emory have coordinated a "Year of Shakespeare." The Folger Folio’s visit to Georgia was celebrated with a historic international conference at UGA, "Appropriation in an Age of Global Shakespeare," from November 12-14, 2015, and it will conclude with the annual meeting of the Shakespeare Association of America at Emory in 2017.

With three days of plenary lectures, workshops, and panels, as well as musical, theatrical, and spoken-word events, all open to the public, UGA hosted an intercultural conversation among Shakespeareans and Shakespeare-lovers from five continents. The conference commemorated the tenth anniversary of the innovative, peer-reviewed, multimedia journal Borrowers and Lenders: The Journal of Shakespeare and Appropriation, founded and run by UGA English Department faculty members Christy Desmet and Sujata Iyengar. It also honored the third anniversary of UGA’s successful Symposium on the Book, run by English faculty member Miriam Jacobson and Special Collections Librarian Anne Meyers DeVine (UGA Libraries). Events associated with the conference were varied and exciting. These included a staged reading of Lolita Chakraborti's play Red Velvet, a reading made possible by the Department of Theatre and Film Studies. The conference also included diverse plenary talks about various subjects: Emory's World Shakespeare Project (which puts students at Emory in collaboration with students on tribal reservations on every continent of the globe, to discuss and perform Shakespeare together), the 2014 authentication of a lost Shakespeare folio in an old library in St. Omer, France, Shakespeare and eco-criticism in Emily St. John Mandel's dystopian novel Station Eleven, and the ethics of appropriation. Conference panels included topics such as “Shakespeare on Film,” "Multicultural Shakespeares," and a "Roundtable on Teaching.” And of course, conference attendees enjoyed the opportunity to converse with Shakespeare experts from around the world and to peruse or order recent Shakespeare scholarship at a mobile book fair at the UGA Special Collections Libraries. The conference concluded with musical and creative performances at the “Remixing Shakespeare” event at the historic Old Fire Hall #2, where a book fair of Shakespeare “manga,” Young Adult books, and popular fiction was also held. 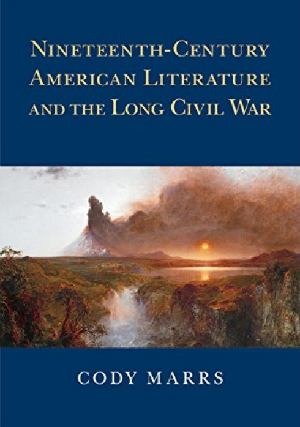 Cambridge University Press recently published Dr. Cody Marrs’s provocative first book that urges readers to reimagine the Civil War’s influence on American literature.  Nineteenth-Century American Literature and the Long Civil War explores the writings of four major authors—Walt Whitman, Frederick Douglass, Herman Melville, and Emily Dickinson—whose careers span both sides of the Civil War. Arguing against the traditional division of nineteenth-century literature into either antebellum or postbellum categories, the book describes these authors as “transbellum” and shows how the Civil War shaped literary forms for decades after 1865. Choice magazine calls the book “essential” and lauds Dr. Marrs’s “laser-sharp focus on these important writers.” Coleman Hutchison, of the University of Texas at Austin, says that this “carefully researched and cogently written” book “will make a conspicuous contribution to American literary studies. Cody Marrs makes the most compelling case yet for why we should rethink this most fundamental of literary divisions, articulating and modeling a new approach to the problem of the Civil War.”

“I initially thought I’d write about something else,” says Dr. Marrs, “but living in the South, and in Georgia in particular, has really stimulated my interest in the war and its place within American culture.” Dr. Marrs is currently writing a follow-up book, The Civil War: A Literary History (to be published by Johns Hopkins University Press), which focuses on the Civil War’s afterlives in American art, fiction, and popular culture.  Dr. Marrs was named the recipient of the 2016 Michael F. Adams Early-Career Scholarship Award, which “recognizes outstanding accomplishment and evidence of potential future success” by a faculty member in the humanities and arts. 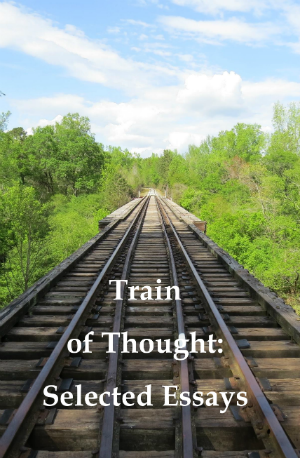 Monday, May 2nd was a day of celebration among the members of Danielle Bienvenue Bray’s English 1060H: English Composition and Multicultural Literature class. At a breakfast reception, the students launched their chapbook, Train of Thought, the culmination of a semester in which they used formal and informal writing to explore multicultural American identity in literature and in their own experiences. In addition to contributing an essay to the finished chapbook, each student also served as a member of the book’s staff—editing, producing, and promoting the book entirely themselves. Students’ responsibilities included steering the book’s artistic vision, soliciting quotes from vendors and keeping the project on budget, typesetting and copyediting the manuscript, and organizing and publicizing the book’s launch event. At the launch, the book’s editors gave some background about the project to an audience of about fifty faculty and students before turning over the floor to four featured readers. The party was a resounding success, with ample food and laughs; by its end, the full print run of books had made its way into the world.

The book launch was also the culmination of a yearlong professional development project for Bray, a Lecturer in the English Department. The recipient of a CTL Writing Fellowship for the 2015-2016 academic year, she was excited to use the program to incorporate more creative writing and more concrete, real-world audiences into her composition pedagogy. All of Bray’s classes this spring included creative prompts, such as those that inspired the fictional exploration narratives and mock research essays featured in Train of Thought. The professional development stipend that accompanied the fellowship also enabled the publication of the book. Bray looks forward to using what she learned this year to help her future students reach new audiences in innovative ways.