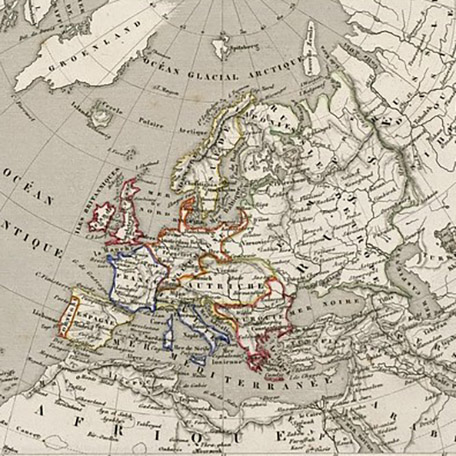 Faculty in British and Irish Studies

This area of interest builds on the University of Georgia's historical strength in British and Irish Studies. The interdisciplinary British and Irish Studies Certificate Program as well as the Oxford Study Abroad Program originated in this department. Graduate students in this field will find opportunities to study and teach in our Oxford program while pursuing coursework leading to a certificate in the field. Students will have access to classes in Medieval, Renaissance, Eighteenth-Century, Romantic, Victorian, Twentieth-Century, and contemporary British and Irish Literature.  Graduate students interested in this area also benefit from the Willson Center’s Interdisciplinary Modernism/s Workshop and from the Colloquium in 18th and 19th Century British Literature which has recently featured such speakers as Paula Backscheider, Srivinas Avamarudan, John Mee, and Adela Pinch. The online journal, Borrowers and Lenders: Journal of Shakespeare and Appropriation  (edited by Drs. Desmet and Iyengar) is produced in our department.

Our faculty in this area participate regularly in the major conferences in their fields and encourage (and provide opportunity) for graduate students to do so as well. The faculty in this field are active in sponsoring on-campus conferences and colloquia such as the British Women's Writers Conference which will meet here in June 2016, Appropriation in an Age of Global Shakespeare (November 2015), and the Willson Center sponsored Symposium on the Book, an ongoing semiannual one-day symposium on material and immaterial textuality held at the Special Collections Libraries Building in the spring and fall.

Recent graduate seminars in this field include “Modernism and the Aristocracy,” “Literature, Media, and Information in the Nineteenth Century,” “Novels of the Romantic Period,” “Traveling East in Early Modern English Literature,” “Shakespeare and the Book: Literary Appropriations and Literary Readings,” “York to Tudor: English Literature 1460-1530."

ENGL 8300 Seminar in Literature of the English Renaissance