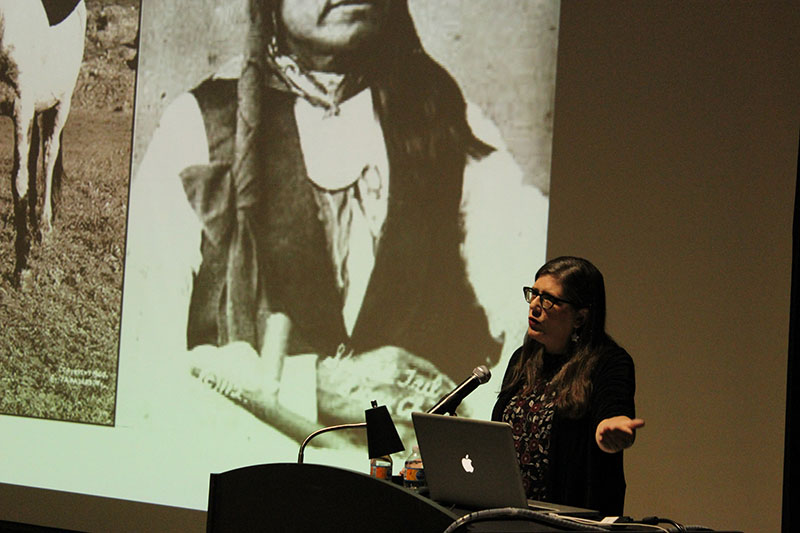 Deer is a 2014 MacArthur Fellow and Chief Justice for the Prairie Island Indian Community Court of Appeals.  She is also a Women, Gender & Sexuality Studies professor at the University of Kansas. Her work centers on the intersection of federal Indian law and victims' rights. She is the co-author of four textbooks on tribal law.

Her latest book, The Beginning and End of Rape: Confronting Sexual Violence in Native America (University of Minnesota Press 2015), has received several awards, and her AIR talk highlighted some the research present in the book, including information about rape and sex trafficking in North America and the gendered legacy of colonialism in tribal nations.  A recording of Deer’s talk is available here: https://www.english.uga.edu/events/multimedia/individual/2327

Deer began as a volunteer in a rape victim advocacy program and later received her JD with a Tribal Lawyer Certificate from the University of Kansas School of Law.  Her work on violence against Native women has received national recognition from the American Bar Association and the Department of Justice.